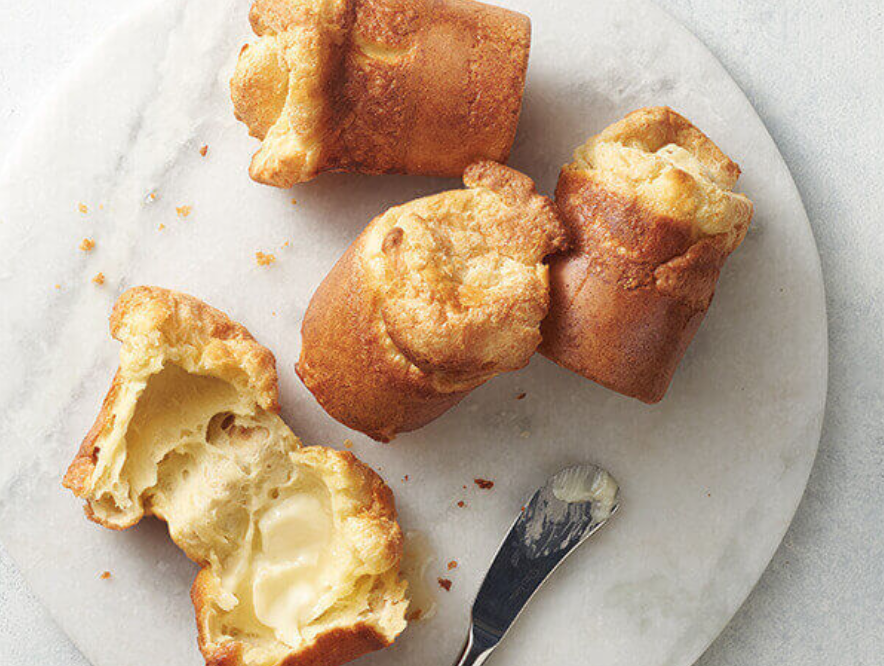 I have always absolutely loved popovers. Anything bready and eggy is always my jam, and that’s pretty much all that popovers are, bread and egg. Unfortunately, mine didn’t pop at all. Possible causes:

After researching a bit more, I’m pretty convinced the problem was too much flour, since my batter was too thick. But even if the popovers sit flat, they’re still delicious!

This is the whole recipe, which makes 12 popovers.

5T melted butter
2 eggs
1c milk (it didn’t specify how much fat should be in the milk, which makes me think that my half & half wasn’t the problem …)
1t sugar
1t salt
1c all-purpose flour (if using gluten-free flour, start with less to ensure the batter stays thin)
1t fresh thyme (optional)

Heat oven to 425°. Beat together eggs, milk, 1T butter, sugar & salt. Add the flour a bit at a time. Mixture should be smooth.

Put about 1t of butter into each muffin tin and put into the hot oven. The Times recipe said that pouring the batter into hot butter is part of the trick to getting them to pop.

Fill each muffin tin about halfway. (My jumbo tins were 1/3 full at best, using a half-batch of this to make 4 popovers).

Bake for 15-20 minutes, then without opening the oven door, reduce the heat to 350° and bake another 15 minutes.