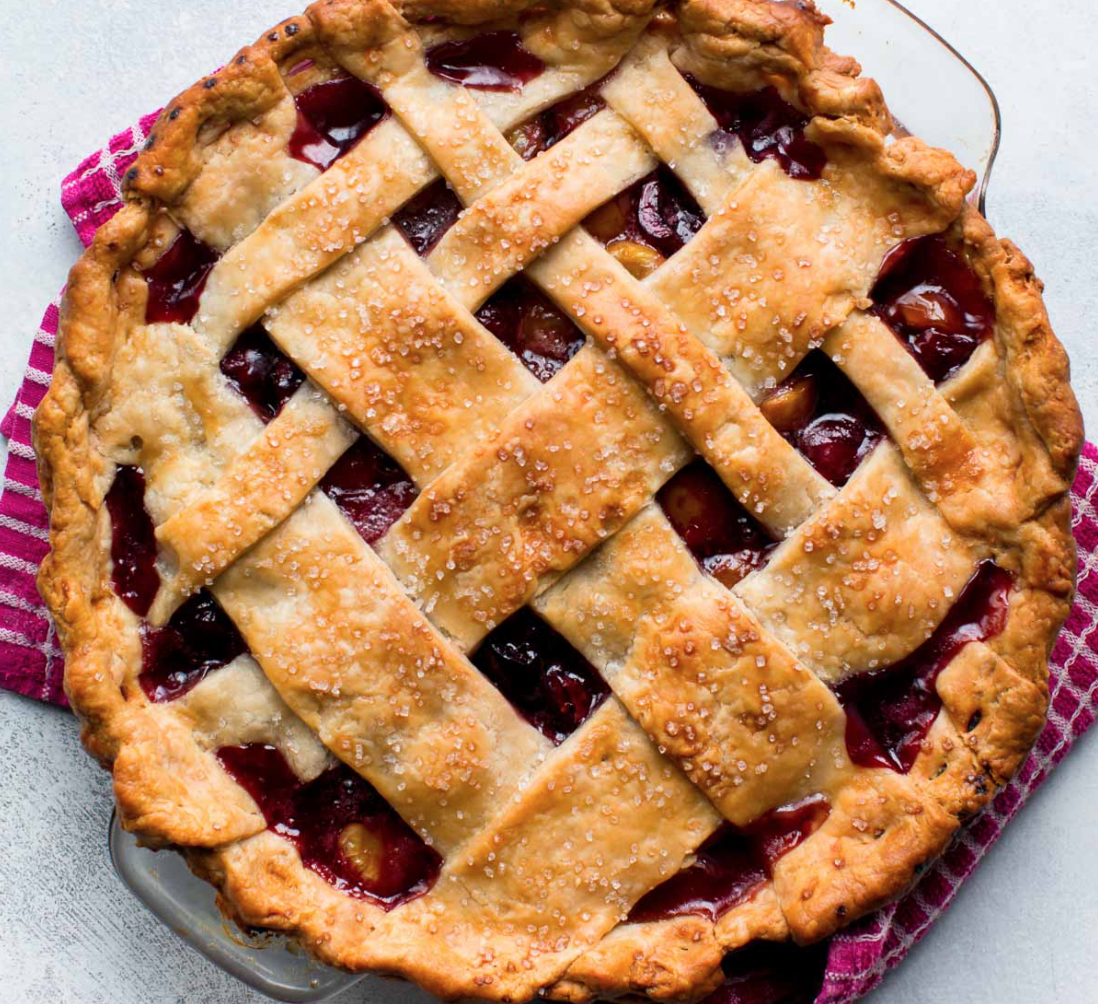 It was my mom’s 81st birthday (or would have been) yesterday; and since she always asked for cherry pie instead of birthday cake, I decided to make one in her honor. I used this recipe from Sally’s Baking Addiction (the same folks who gave me this awesome bagels recipe). But I’ve got a few notes:

I made it in a glass pie plate and after 30 minutes at 375° in the toaster oven, the top crust was perfect but the bottom crust was still underdone. I should have covered it in foil and let it cook another 10 minutes probably.

I used 2 different kinds of frozen cherries and honestly they didn’t have a ton of flavor. It might have been better if I’d added a bit more sugar, a few more drops of lemon juice, and also the almond extract (which I skipped cuz I didn’t have any). Or just started with better cherries!

I made the filling part ahead of time and refrigerated it overnight. That worked just fine; except I had to stir it well to re-incorporate the cornstarch.

I made the egg wash with packaged egg whites + half & half and it was great. Although I used WAY less than the 2 tablespoons of fluid in the recipe. A teaspoon of each probably would have been better. Also, I should have frothed the egg white first with a fork, then added the cream.

And of course the Pillsbury pre-made crust that I always use was super awesome. (even though gluten now gives me raging headaches).