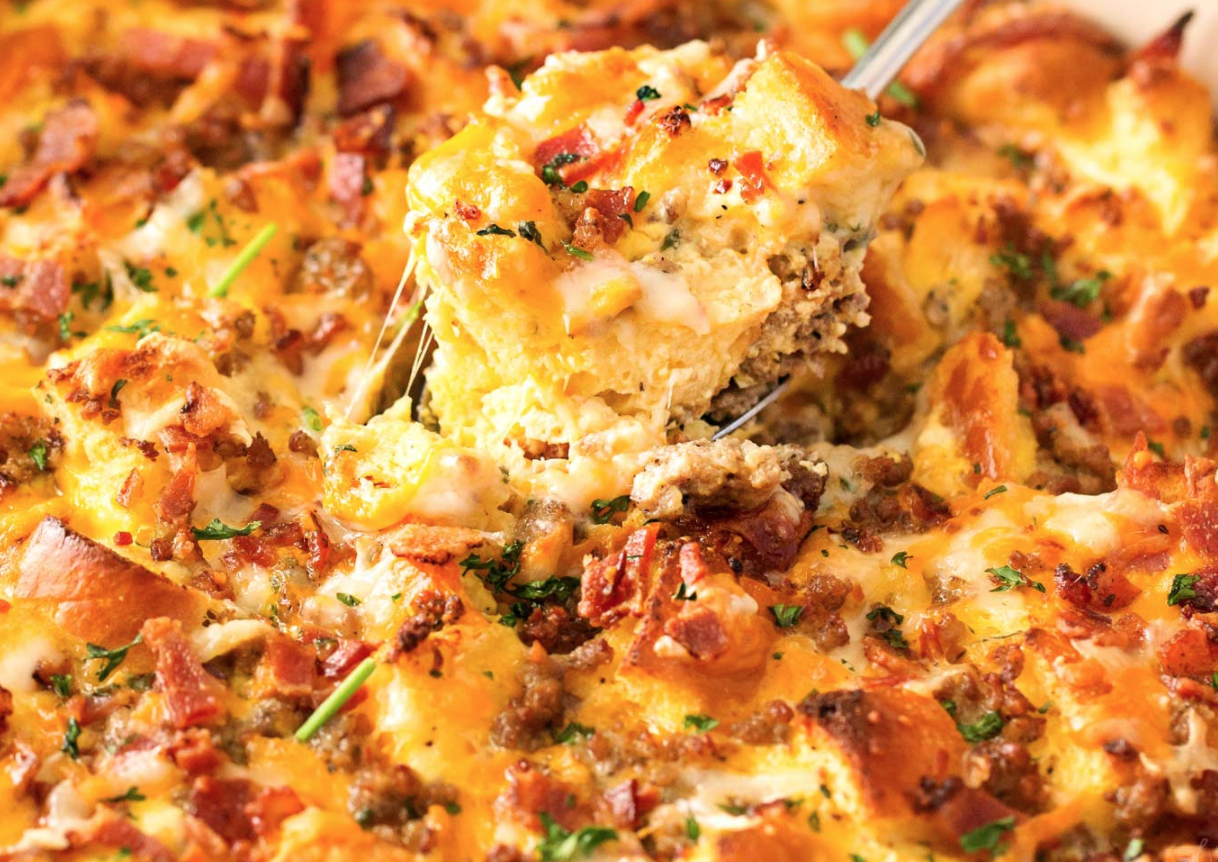 I love breakfast food. For years I hosted a brunch on the last Sunday before everyone went back to work after the end of year holiday season. For that occasion, I almost always made both a sweet and a savory strata. Those recipes came straight out of the Joy of Cooking, and I posted them here under the title Breakfast Strata – Sweet or Savory.

Then I created a modified version that was loaded with veggies (specifically peppers and mushrooms) and posted those directions here as Very Veggie Breakfast Strata.

I’ve recently discovered yet another version of this bread-based breakfast casserole on The Chunky Chef blog. The big difference is that it calls for twice as many eggs, an extra 1/3 cup of milk, and cutting the bread into cubes. Without having the previous recipe to compare it to side by side, it’s hard to say if it’s better. But it sure is awesome!!

A few notes on this most recent, super-eggy version:

• Part of what it makes it awesome is the fluffy, souffle-like texture – and you only get that when it’s straight out of the oven. So only making what you’re going to eat right away is ideal.
• That said, it freezes very well when raw. So you can make a large portion, then freeze the rest.
• I’ve discovered that it’s AMAZING with a hot cappuccino. 🙂
• I like the cubed-up bread. (Again, without comparing it side-by-side to the slices-of-bread version of the earlier recipe).
• Make sure to butter the dish you cook it in!!

Finally, I recently came across a potato-based breakfast casserole that I’ve posted here as Hashbrown & Egg Casserole. It should be noted that because it doesn’t have bread to turn the eggs into a pudding-like consistency, this is much more of a straight-up egg dish.